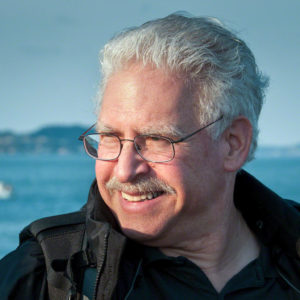 This week we have Doug Kaye back on the show, many months after having been out guest in episode TTIM 24 – Cuba With Doug Kaye.

Beginning his visual explorations in his father’s wet darkroom, Doug earned a degree in theatrical lighting design at U.C. Berkeley in the ’60s and studied cinematography at NYU’s Graduate Institute of Film and Television in the ’70s. In the ’80s he began a three-decade hiatus from still photography during a career in software and the dot-com world. A trip to Kenya brought Doug into digital photography and convinced him nature photography wasn’t for him, and Iceland cured him of his interest in landscape. For the past four years, Doug has focused almost exclusively on street photography, including shooting film (even medium format) much of the time. Doug teaches photography locally in San Francisco and online. He leads street-photography workshops in Cuba, which he has visited eight times. He is the co-host and producer of the CameraLabs Photography gear-review podcast with Gordon Laing.

Doug recently returned from a photography trip to Hong Kong, so we wanted to ask him what he found and what he photographed there. Aside from giving us a lot of useful information about this Asian metropolis, Doug shared with us a number of suggestions that apply to travel and street photography at large, including a recommendation to avoid being seduced by your subject.

If you don’t understand what that means, you’ll just have to listen to the interview to find out.