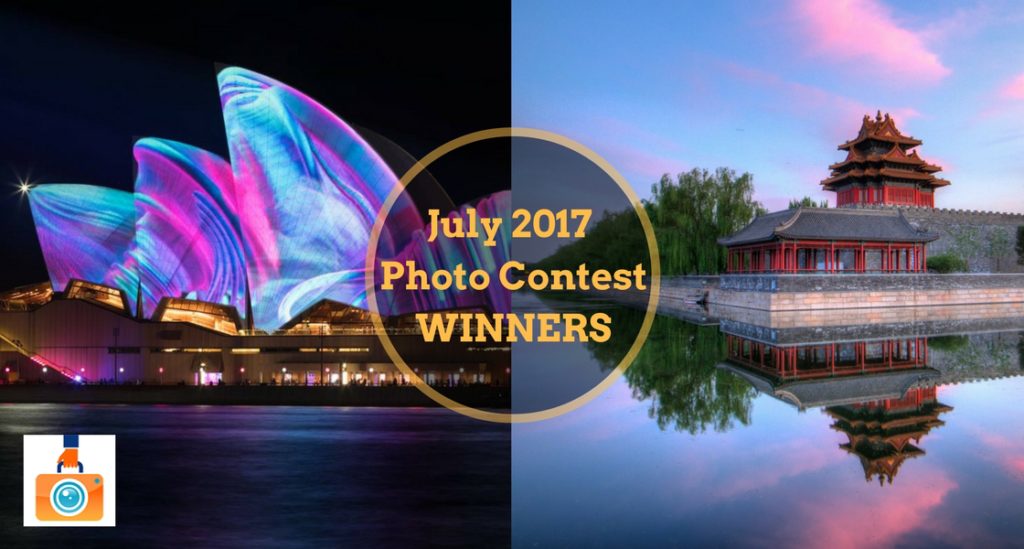 As you might know, we are doing a monthly photo contest on our Facebook group, The Traveling Image Makers’ Corner. We invite the group members to submit one of their best photographs and, at the end of the month, we pick two winners and invite them to come on the show and tell us about their winning images and their photography.

The winners for the month of July, Tiff Gileland and Dyan Pratt, submitted photos of Sydney and Beijing, respectively. We thought those two stood above the rest, but it was a tough choice, since we got so many amazing submissions. Tiff gave us some good tips for shooting like displays, like the ones of the Vivid festival of Sydney, while Dyan revealed her secrets for getting a shot of the Forbidden City with no tourists in sight.

Would you like to be one of the next guests on the podcast? Head over to our Facebook group, ask to join (if you’re not already a member) and look for the post pinned to the top for instructions. The contest for the month of September is still open, but we intend to do a new contest every month. Let’s see your best travel images!