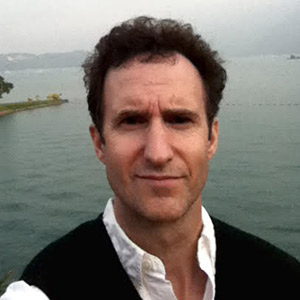 Robert Kelly is a travel writer and podcaster based out of Kuala Lumpur, Malaysia. He was born and raised in Canada, but has lived abroad for the past 21 years, including an 17 year stint in Taiwan, where he began his travel writing career on the Taiwan Lonely Planet guide in 2003. In 2016, bored with the direction travel writing is going (lists, lists, lists!), he started Travel Tape, an immersive documentary audio program that covers subjects as diverse as China’s Ghost Cities, the changing life of Kenya’s Maasai people, and a night in the notorious Golden Triangle of Myanmar. Robert is currently completing the pre-script for a film documentary on Taiwan’s flourishing temple culture, which will start shooting in the fall.